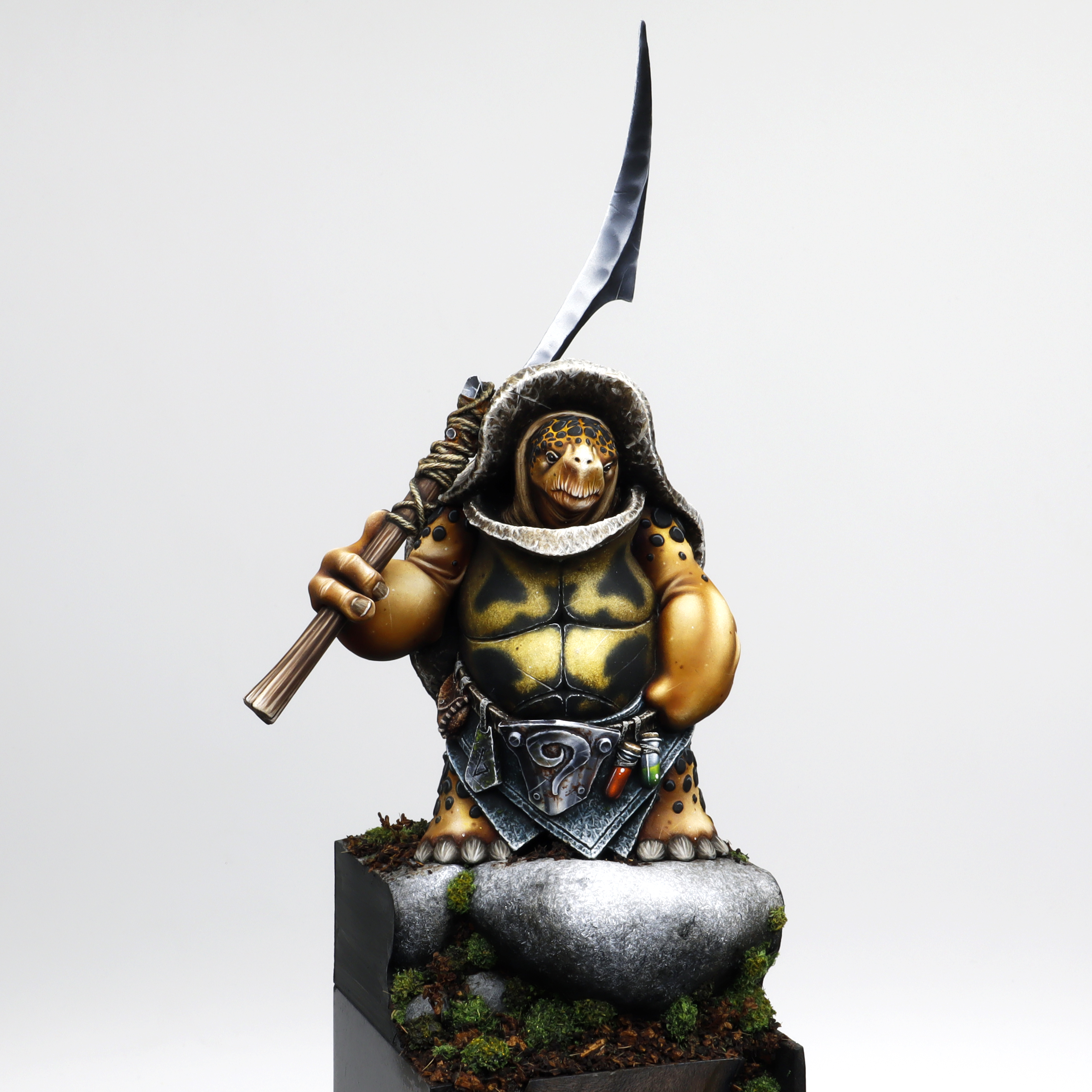 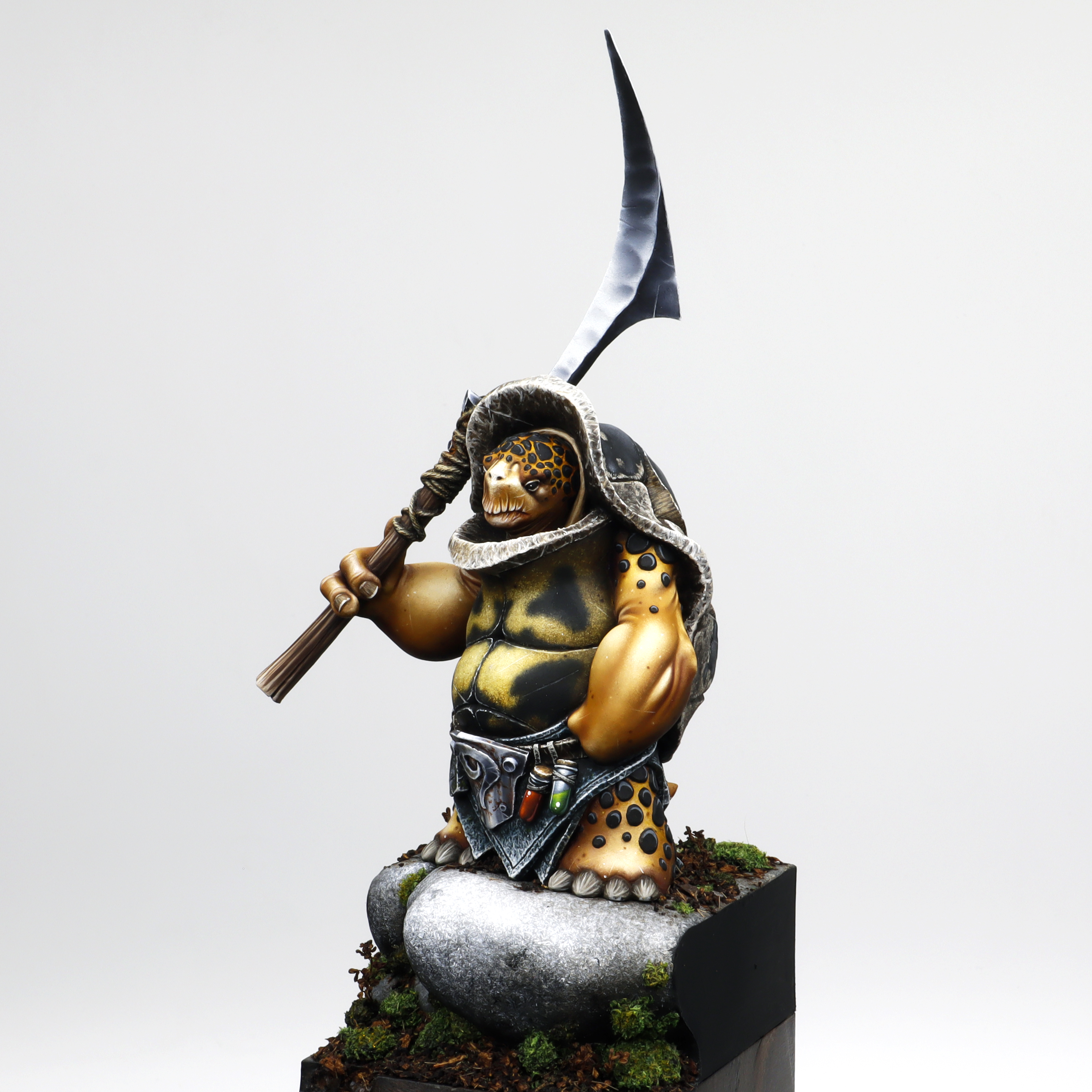 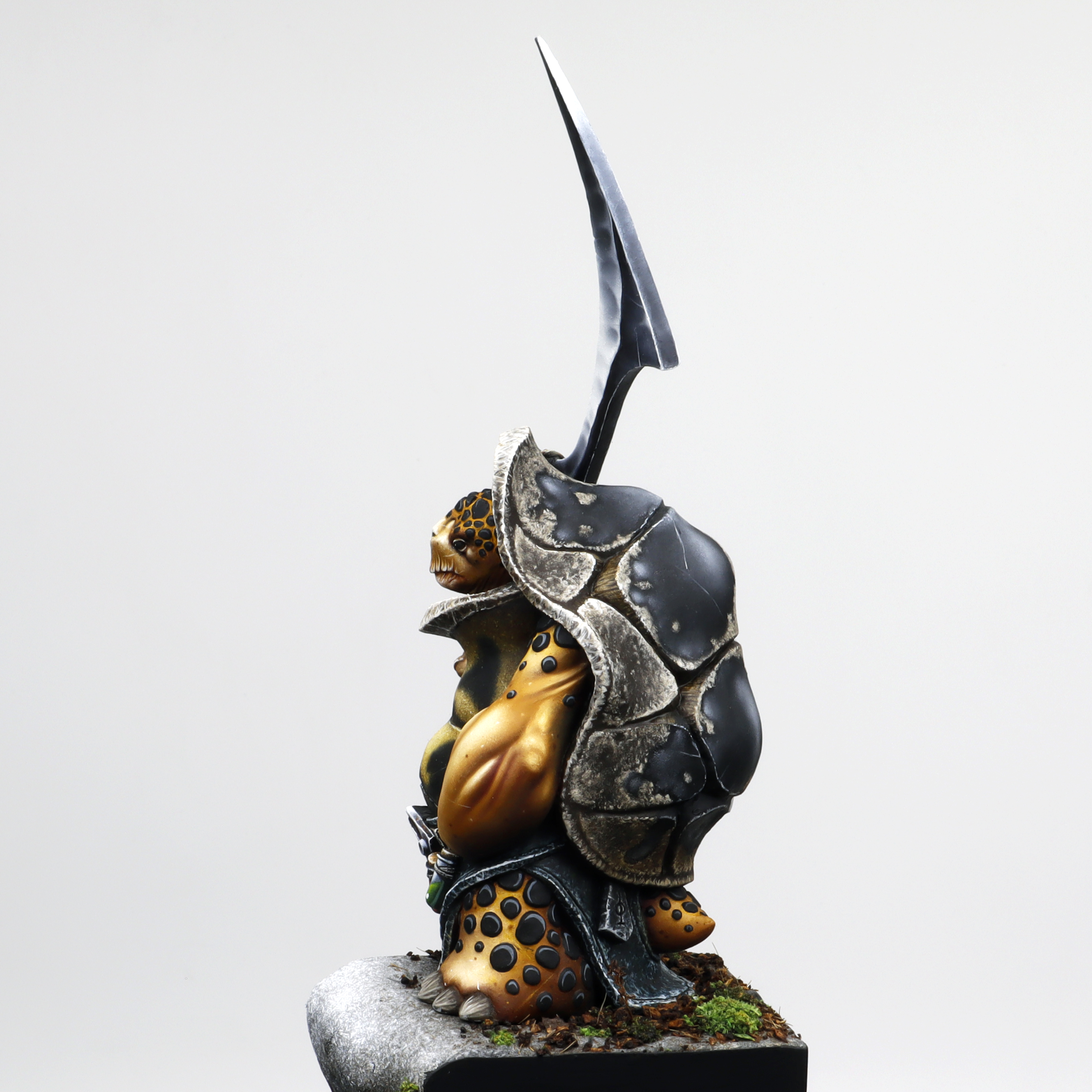 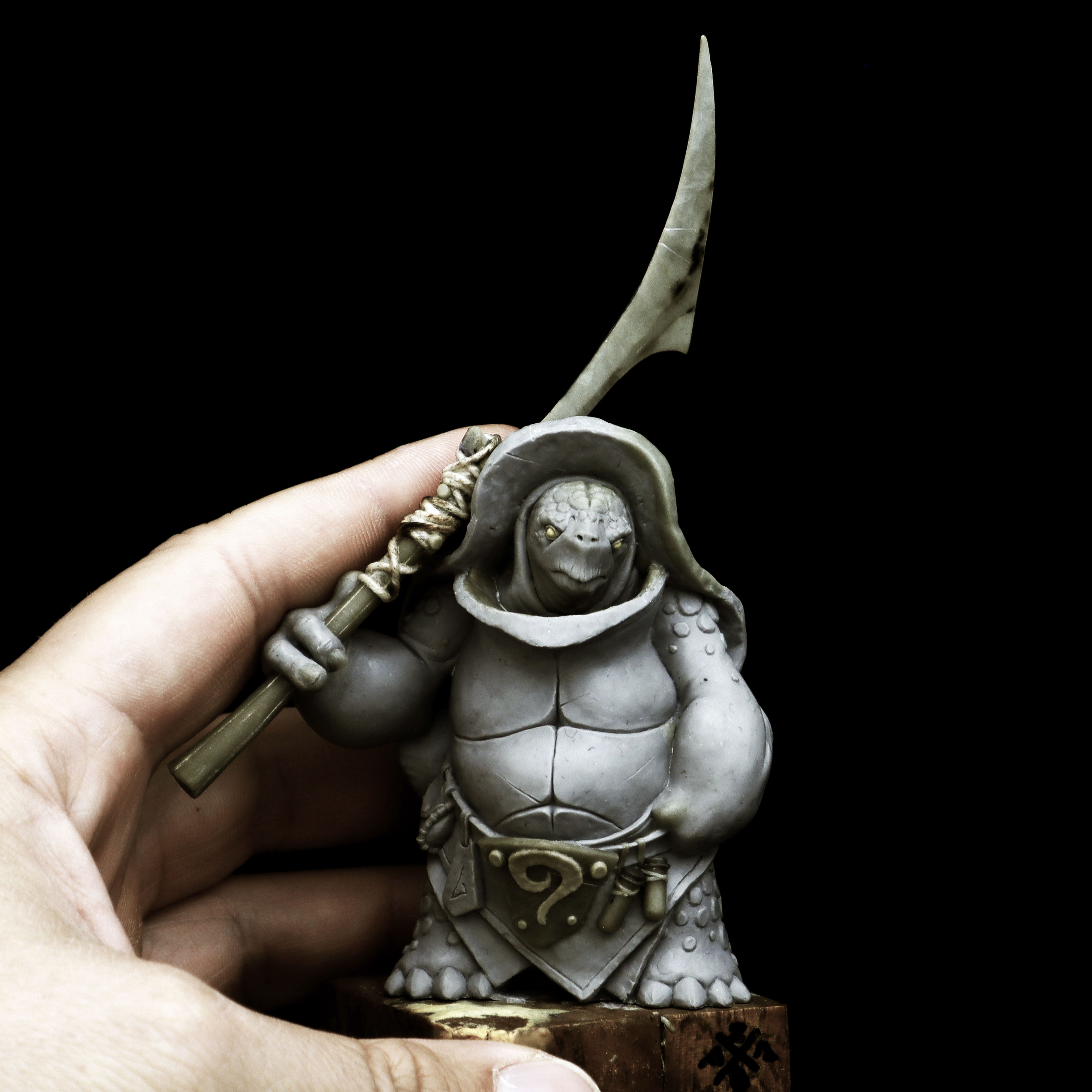 INSIDE EVERY BOX - 4 resin parts, sticker and visit card

Although it hasn’t always been that way, Donko is regarded as a great warrior who remains calm and deliberate even when greatly outnumbered, breathing into the face of the biggest of threats.

Since the first time his skin felt the slow, eerie breeze of the dark woods he hatched in, he’s had to earn his place among the living day by day. Few other species experience the struggle of turtle hatchlings - the hostility hiding behind every tree, under every rock. Even though his species has developed significantly over thousands of years, not much is different for Donko and his fellow younglings - it is still a cruel, cold experience for them to be born and young, just the way it was for their ancestors.

Donko hatched in the depths of the dark forest, surrounded by predators. For years, he had to hide and evade danger at any cost - eventually, he resorted to fighting, until every muscle of his body became hardened and his mind became one with the calm breeze of the woods. He grew into an agile and fierce warrior, with many fights behind his belt - and almost just as many scars. He is around a hundred years old - a respectable age, because even though his species can live for up to several centuries, it is a rare find to meet such an individual on your travels. The bitter start of their life, the necessity to fight to survive, the endless solitude - these all take their toll on the great turtles’ numbers.

Like the other turtles, Donko is of great strength and can endure pain much greater than what a human could ever imagine. The turtles’ life in symbiosis with the nature surrounding them gives them great knowledge of herbs and potions. Not magic, no - they rather rely on their potions and various brews to turn them into even more menacing opponents. The few individuals who could describe a fight with a mature male first hand attest to that.

Donko hatched in the woods, lives in the woods and breathes with the woods. He’s dedicated his whole life to protecting it and protecting the younglings who, like him once, can not protect themselves against the darkness of the uncompromising forest. He will fight off great numbers of enemies to protect the hatcheries - and his soul aches at the memory of every battle that ended with lost lives of the innocents, when he, often greatly outnumbered, saved his bare life but couldn’t stop his enemies from dragging the eggs away. Although not always able to save everyone, every lost fight, every lost life of a fellow give him all the more determination to not give up, to not mind his countless injuries and pain - to stand up for the powerless every chance he gets.