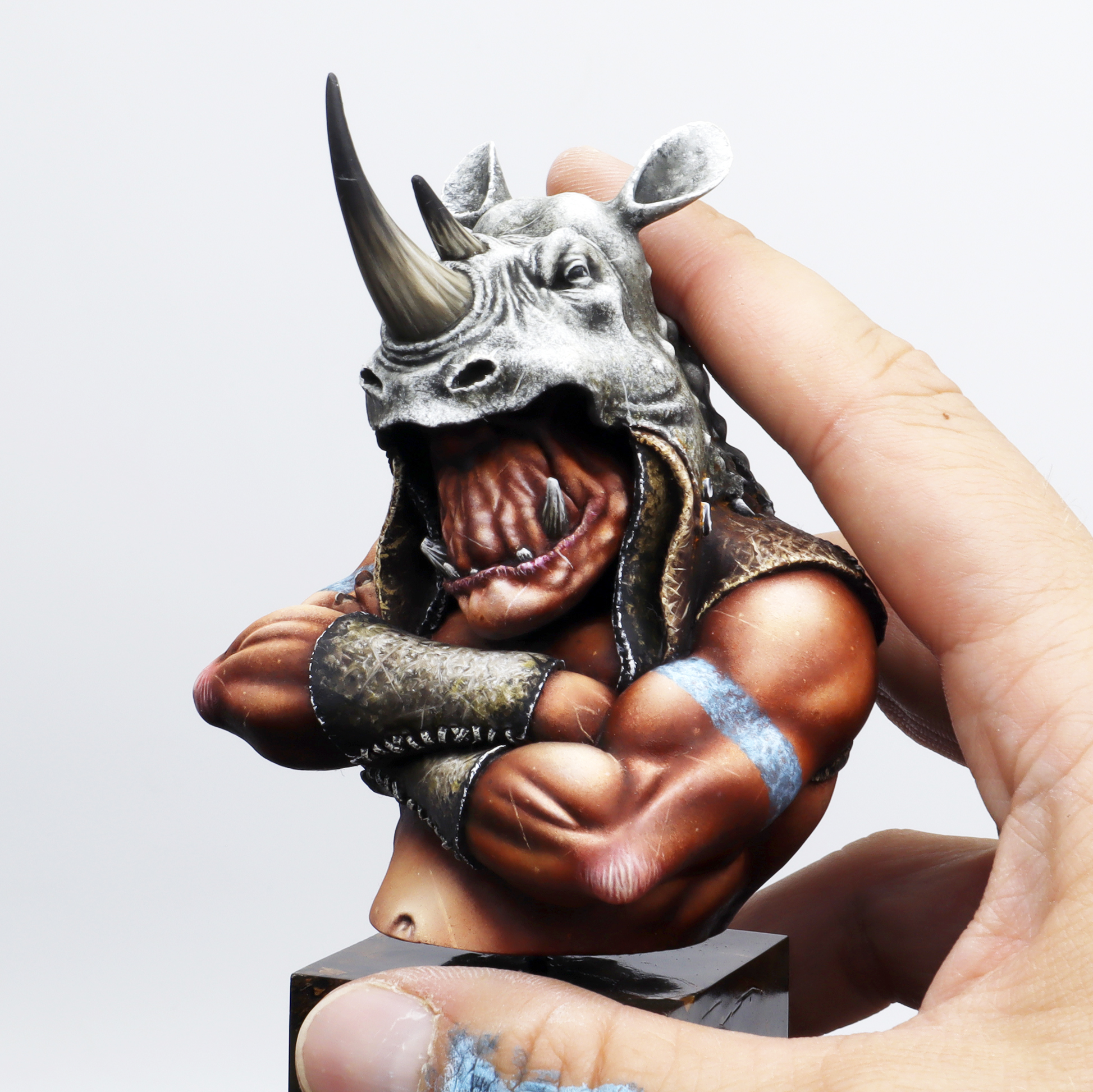 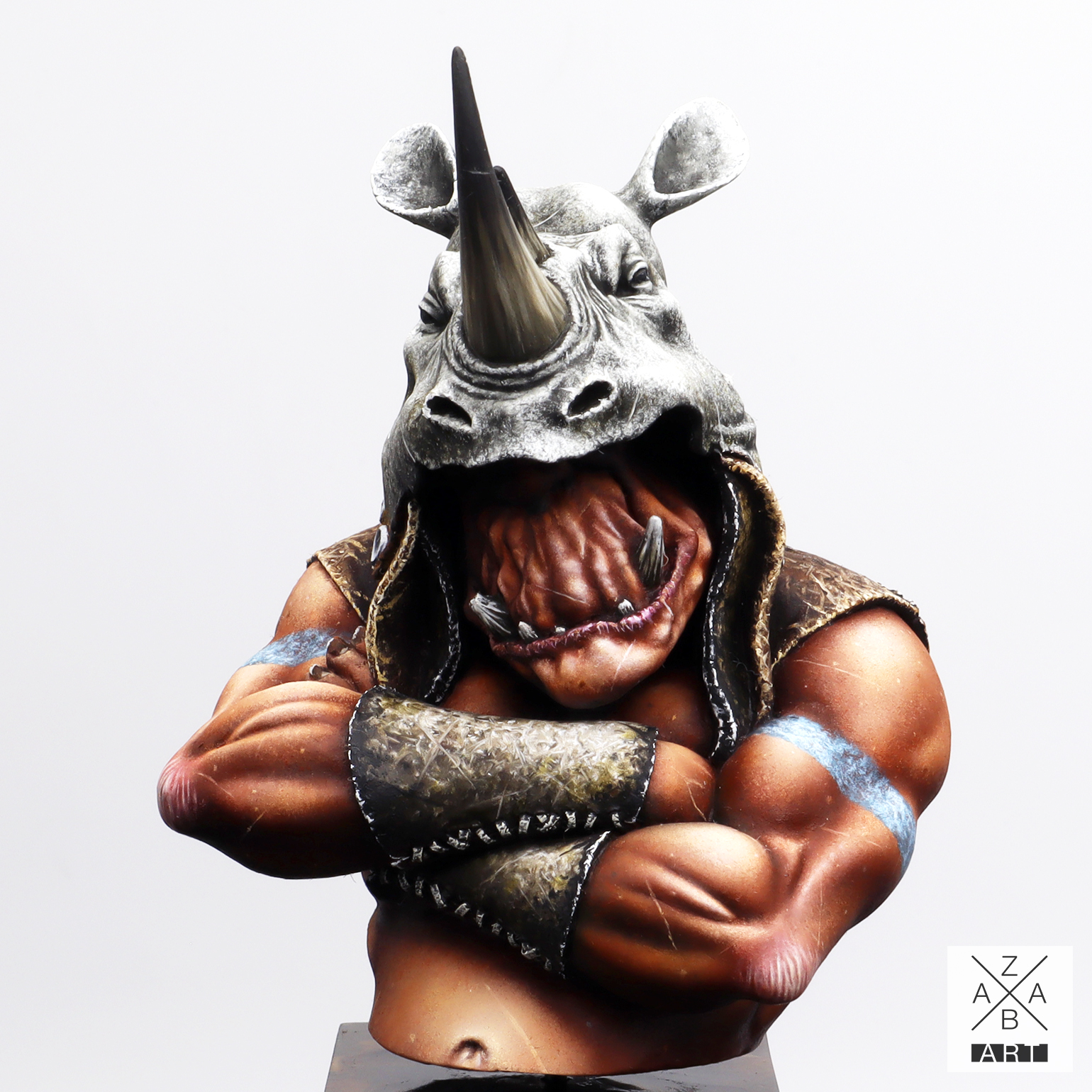 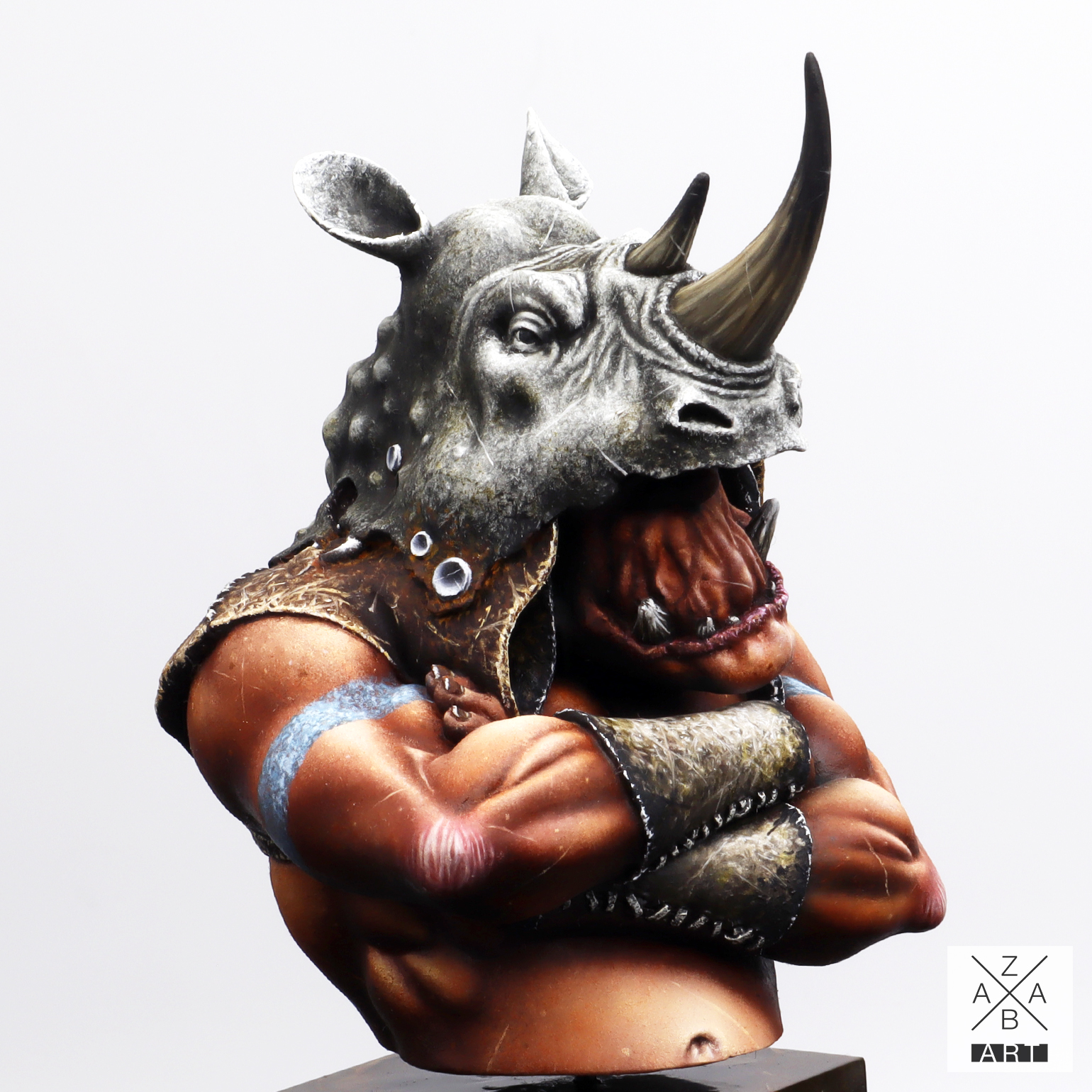 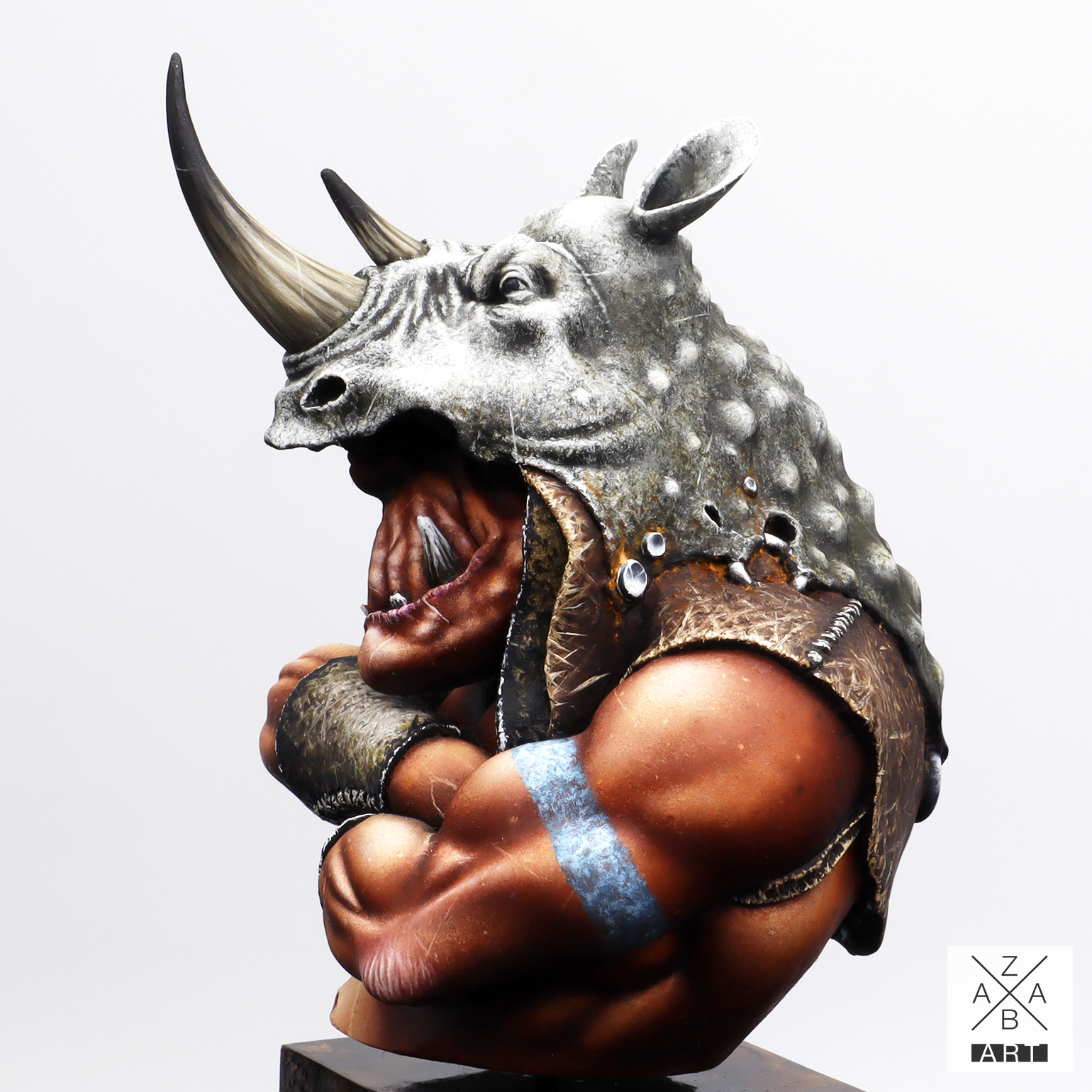 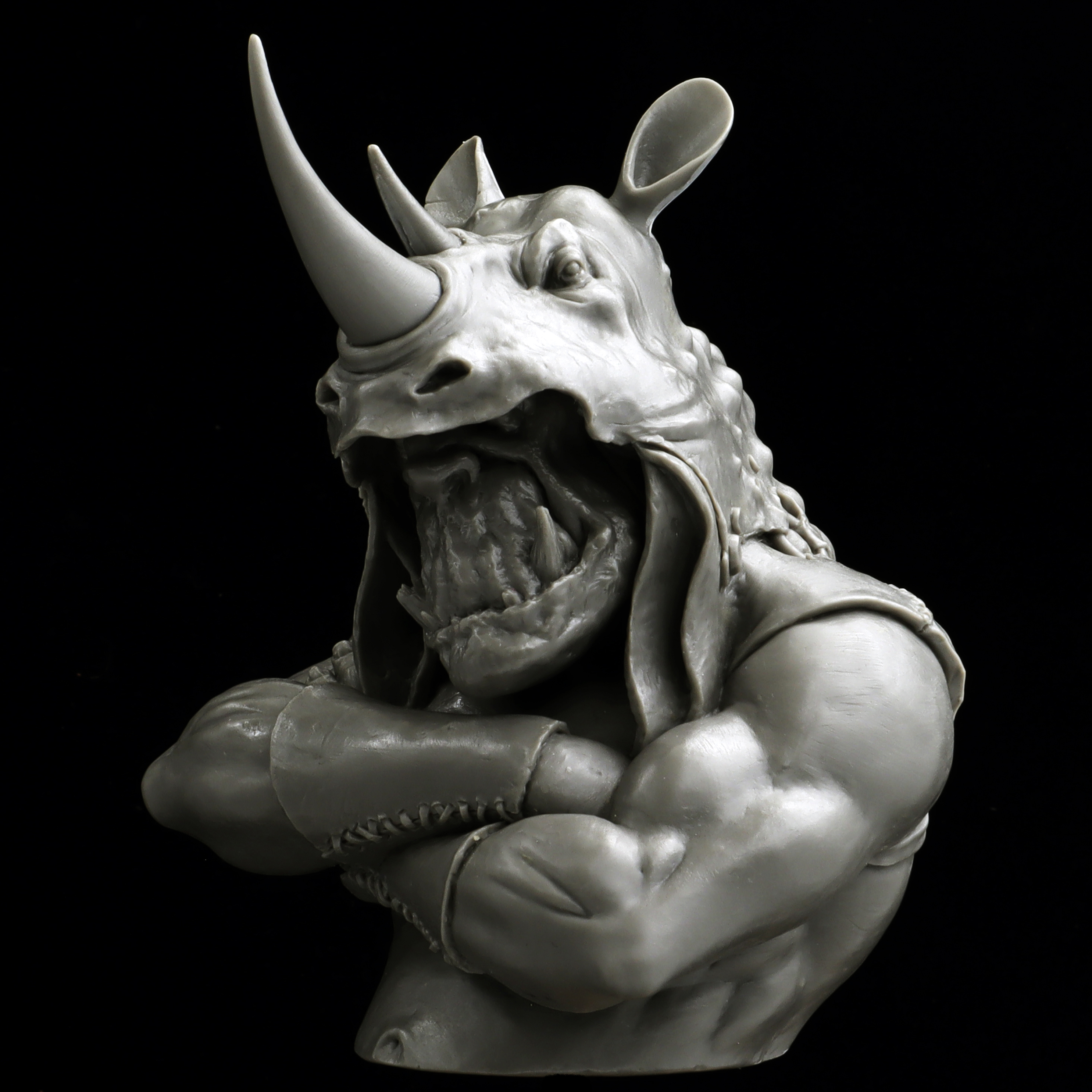 This mighty orc, currently at the peak of his physical strength, is a veteran of many wars against the human kings. Many of these battles have been forgotten in the haze of time. So have been many of his fellow warriors, who didn’t have the privilege to return from them.

GOOOZ is not wicked and could even be considered honourable. It just isn’t very wise to try to cross him. Make no mistake - if your brain is bigger than a coin pouch, you will leave him to his business. Lest you’d want him to be your bane.

In the past couple of years, he’s become notorious as a trafficker on the Southern Path. An extremely hostile territory, his workday rarely goes without a few broken bones - seldom his own though. He takes pride in protecting the valuable goods he is entrusted with, and will go to great lengths to prove himself. The caravans following him could attest to this.

He has been known to fight off a group of five sand trolls, using nothing but a rock picked off the ground. He has used bits of rope as bandages when knockouting a coalition of adult lions. He’s a principled, if savage, fighter - he would never take a knife to animals. A stunned and alive lion is worth more than hide and a few pieces of salted meat tougher than a saddlebag.

There are many tales of mighty GOOOZ, but at the end of the day, they are just tales. With that said, tales make up some of the best parts of our lives, and the ones we choose to believe come to life in the end.