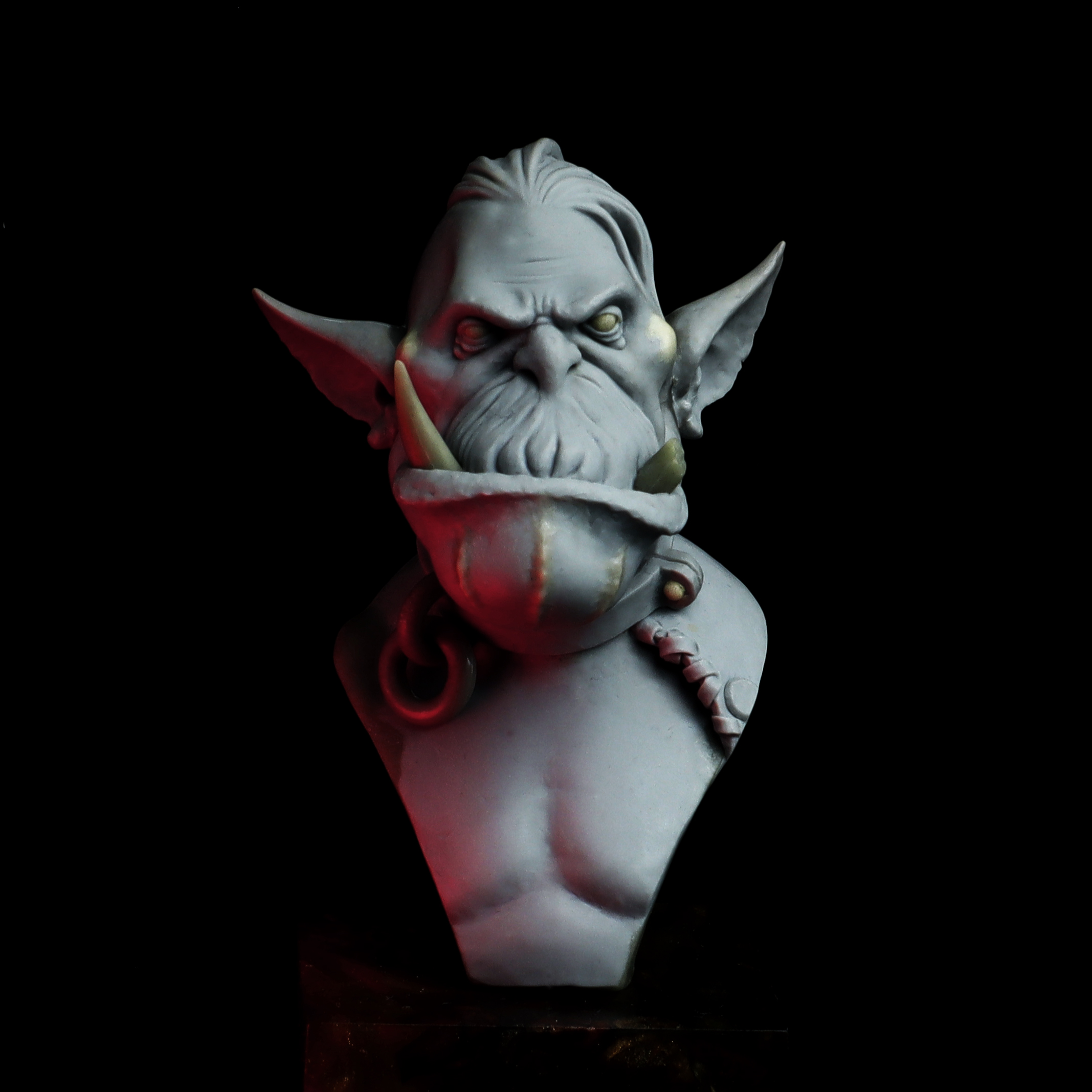 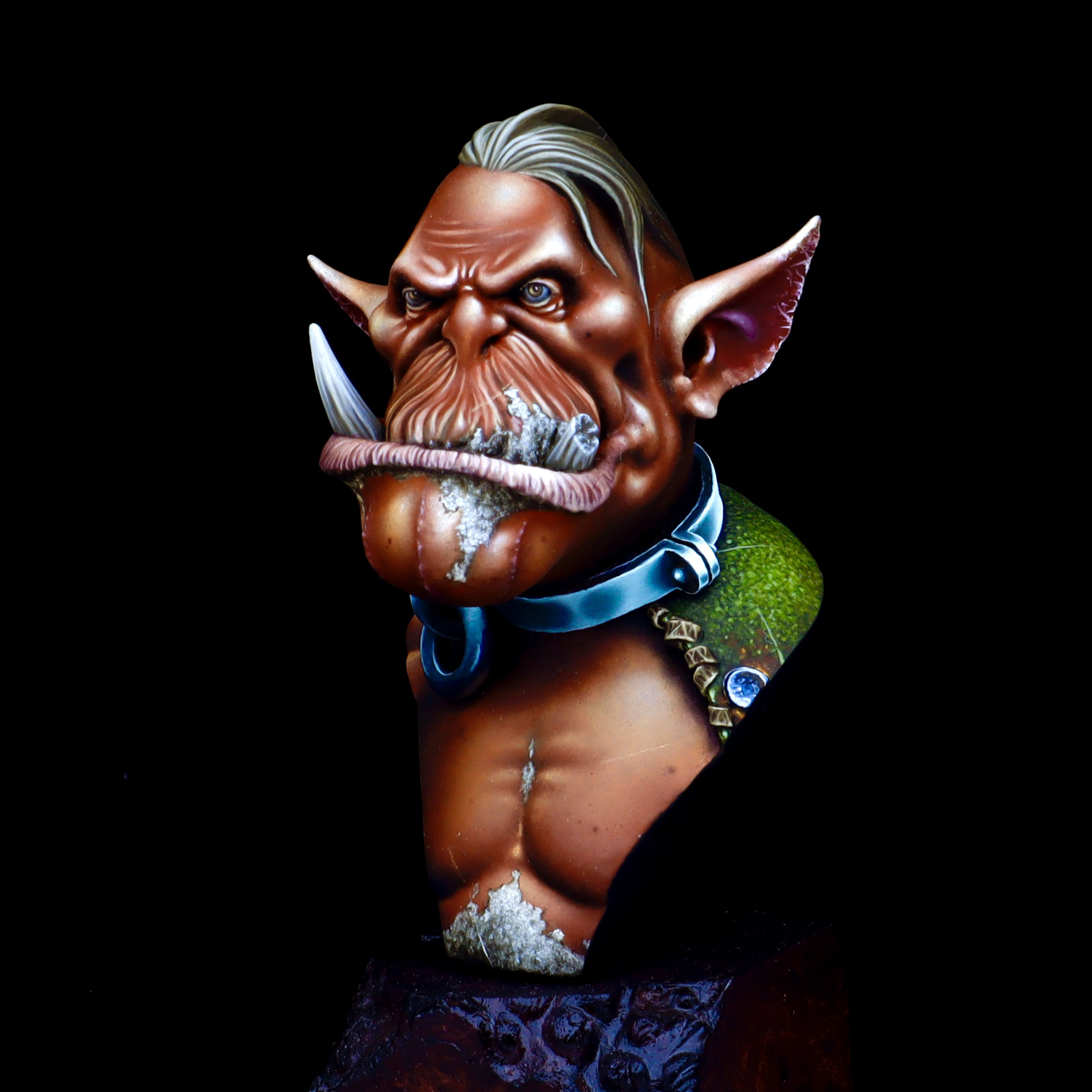 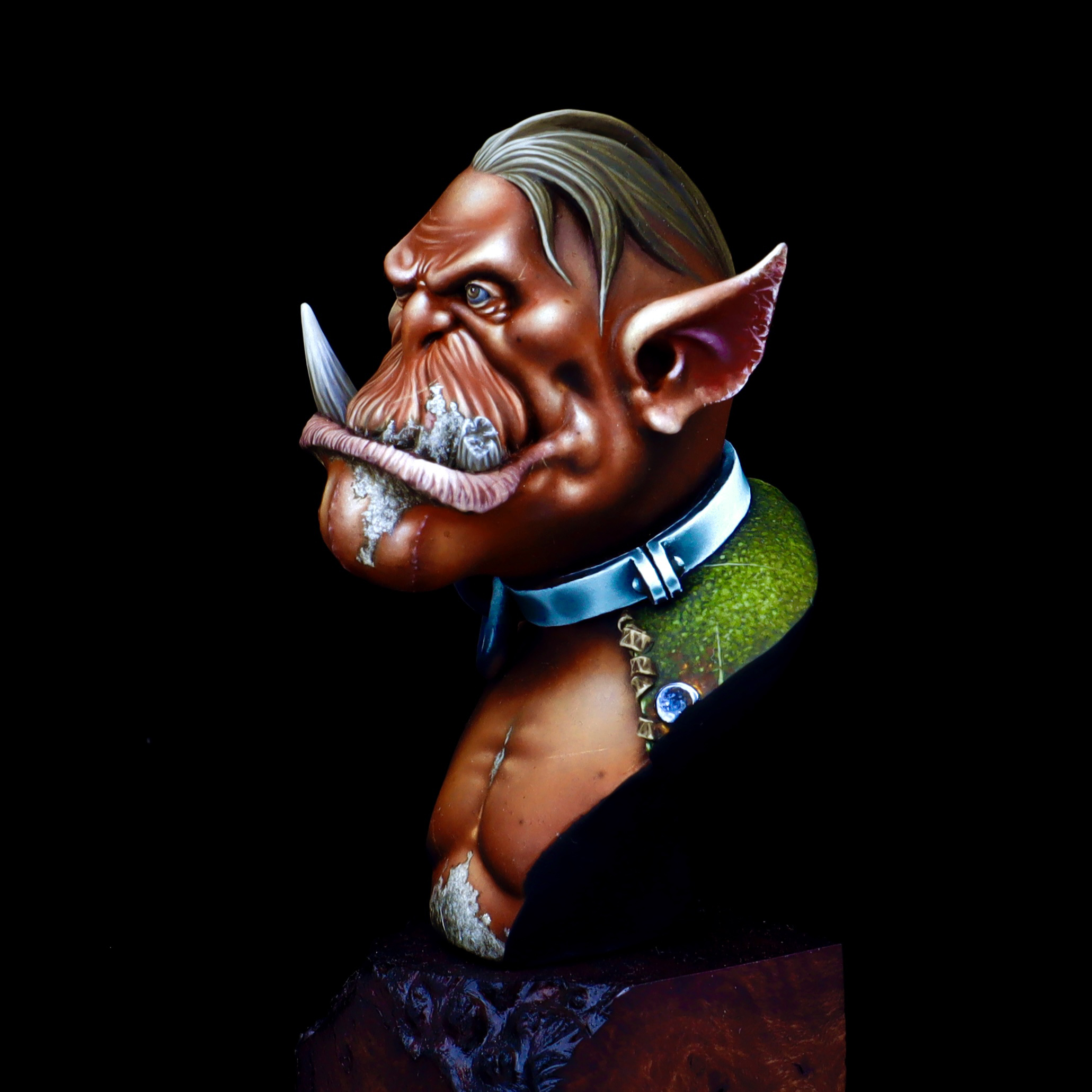 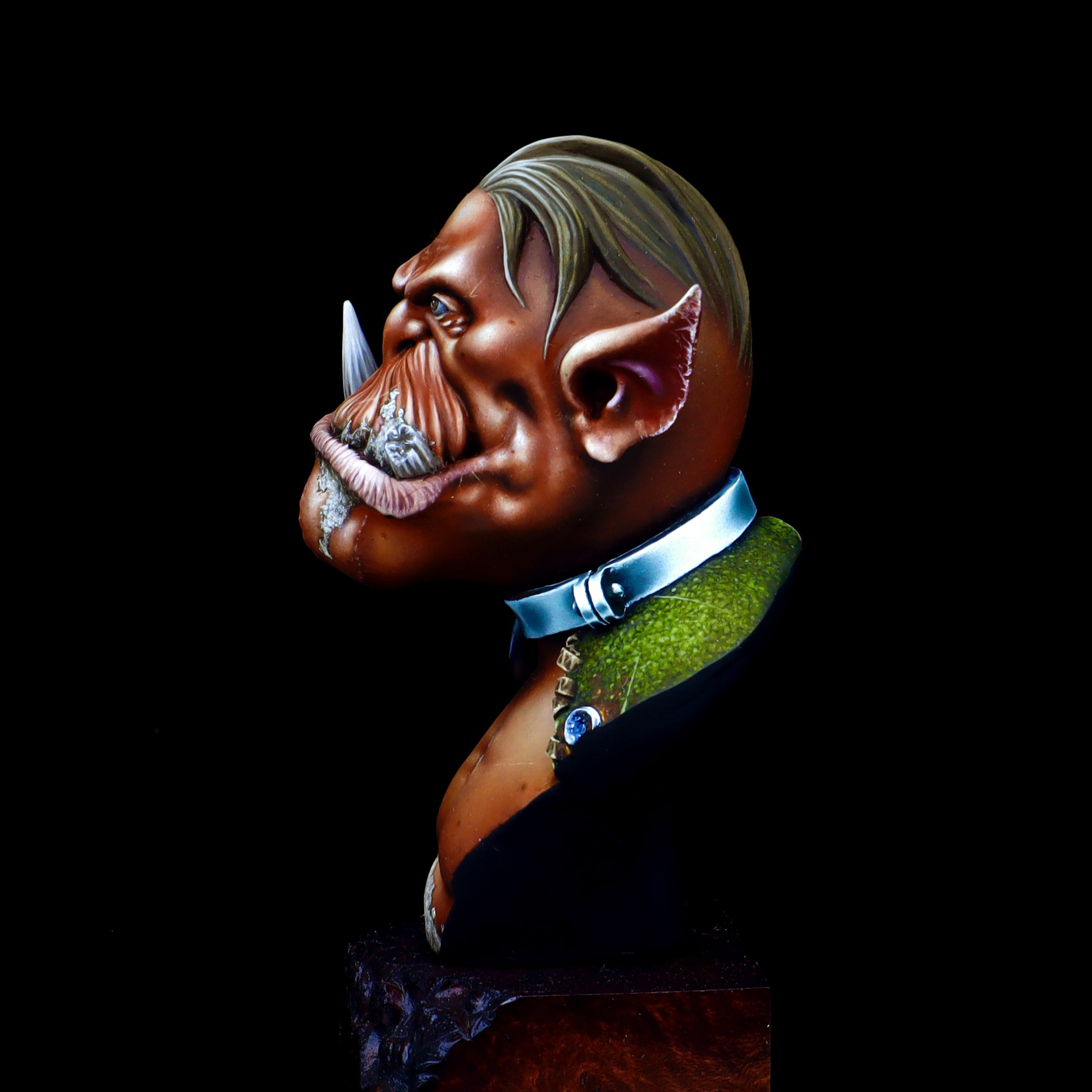 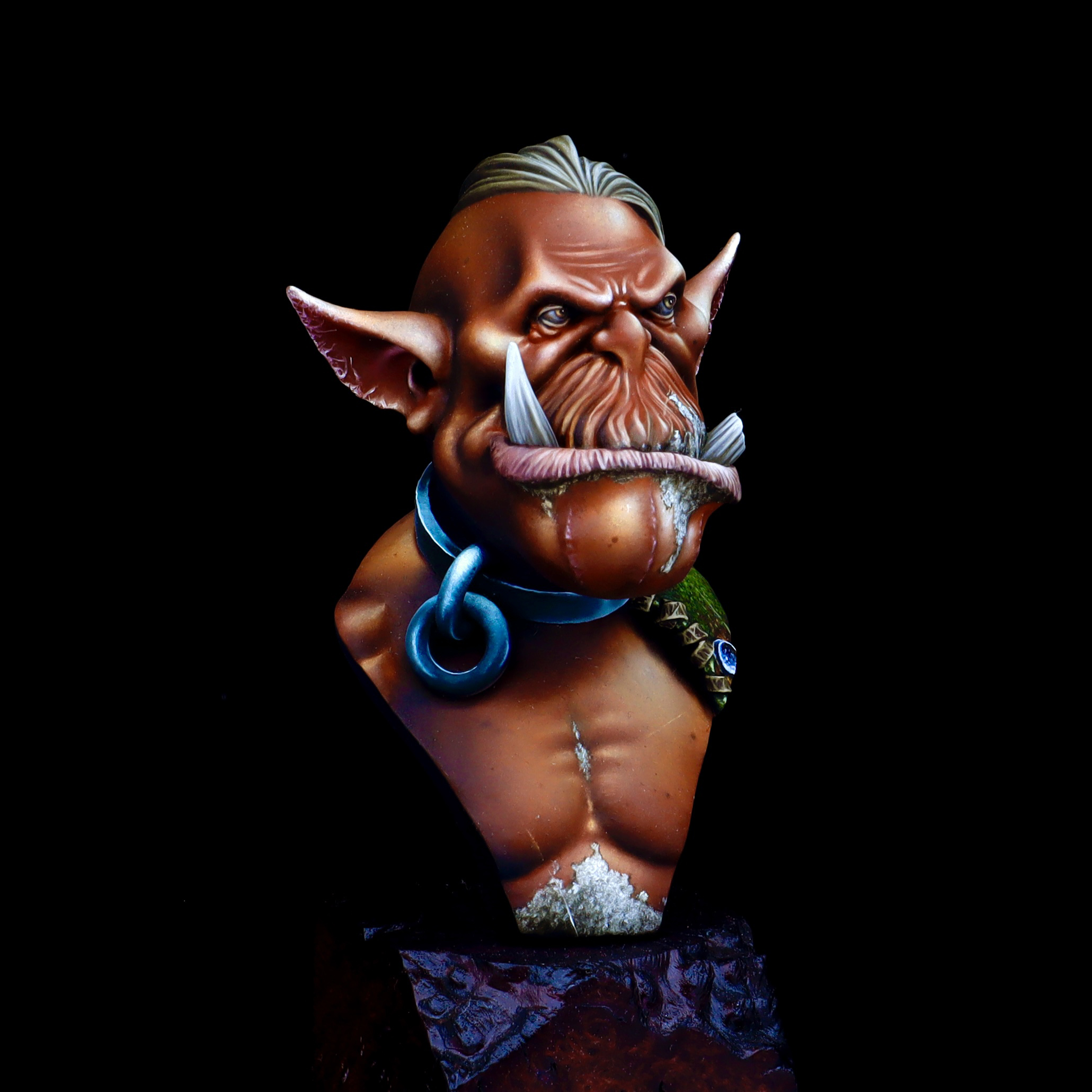 Slave, who became a leader...

Krugg, orc hardened by life and human hands. He was one of the orcs, who after a human raid, got captured and was put in a quarry mining volcanic ruby. It happened in his youth and after decades of hard work and exploitation, where often his rewards were whiplashes, he could no longer remember his motherland. His past memories were consumed by the fire and screams of his tribe.

His only friend was old troll Daren, who helped Krugg and other orphans survive, in the dangerous and hostile environment of the mine. Orcs and other races were not friendly, and rather fought between each other. Krugg often got into of those fights. The last one started almost innocently.

Three others were trying to claim his food rations, however, he would not give up easily. Daren saw this and with kind words ended the imminent fight. This was noticed by a guard, who hit Daren's head with a baton. Due to the commotion, which was created, two more guards came and started beating Daren. After a while, the troll lay in the bloodied sand without any motion. He was dead and with his passing, Krugg has lost the last friend he had.

Daren was highly respected, he solved problems between slaves and pointed out, who is the true enemy - the humans, who imprisoned them. And this was his last straw. That day many a heart were veiled by paint and hatred. And that night more things happened.

The testimony of the surviving guard of the royal quarry, Froggy Krepelka:

“It was a nigh as any other. But the silence of the night was torn by fire. The orcs burned down tents with the sleeping crew and silenced them in horrific ways. They strangled them with chains, crushed their heads with stones... after that, I cannot remember more. Then I woke up one evening in the mud and crawled away from the bloodied place. I crawled away from the hell and thanks to the road, which transports stone I escaped. Krugg hated us and he was their leader. He never fully submitted and he was always muttering that when you dig deep, eventually you find magma and that we have finally found it. I remember those words because he said them while fighting the captain and his personal guards. And that was the night when he captured the quarry.”

The testimony of the surviving watcher of the royal quarry, Harry:

“The quarry is again mining... The orcs control it fully... The carts with stones are disappearing in the mist.. send more tobacco…”

EASY TO BUILT, EASY TO PAINT 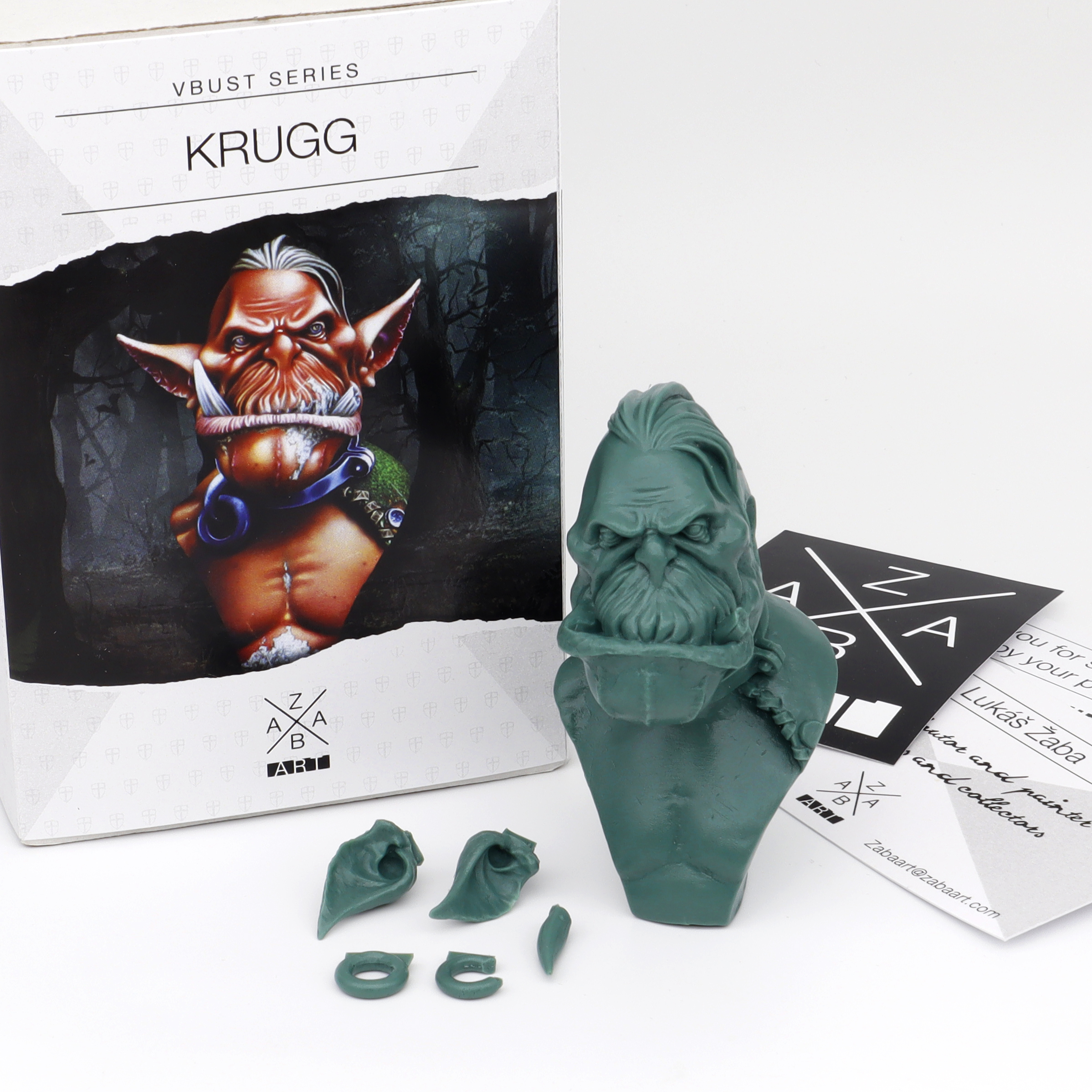